10 goals of the Green New Deal that matters

What is a Green New Deal?

Green New Deal could be a deal of the century which could lead to a transformation of fossil oil-based economy to the sustainable economy which might be just enough to deal with climate change, economic inequality, social and environmental crisis. Green New Deal would organize public resources in the right order which will guide us to transformation period of the fossil-based economy to sustainable development and clean energy.

Green New Deal would introduce an extraordinary organization, management, and utilization of resources, which would mobilize vast public resources to help us for the proper approach of climate change crisis, the transformation of the economy, and heal our communities. However, outcomes of the Green New Deal will depend on how the governing body can handle major structural changes to humans’ approach to earth, resources, ecosystem, paired with the transformation of the carbon-free energy economy.

Green New Deal, introduced by Congresswoman Alexandria Ocasio-Cortez (D-NY) and Senator Ed Markey(D-MA), is not any set of rules, bill or legislations instead it is set of resolutions proposed in United States 116th Congress, by H. Res. 109/ S. Res. 59, on March 25, , 2019. Green New Deal is a national level shifting of how economic systems should work towards to deal with root causes of climate change, extinction, and environmental crisis.

In December 2018, Vox described the “three core principles” of the proposed Green New Deal as “decarbonization, jobs, and justice.” With the 2020 presidential election already heated with political campaigns, the issue of climate change is the agenda of many candidates, so the Green New Deal has become an incredibly hot item on the political agenda. However, there are serious concerns that what will be the long term of future of Green New Deal that includes controversial elements that already started the heated debate in a high political level.”  Public anticipation comes with fear of a guarantee of jobs. universal healthcare, and the possibility of 100 percent renewable energy?

Natural resources have been depleted, biodiversity and wildlife populations have collapsed by nearly 60% in our lifetimes. In October 2018 Guardian UK reported that the world’s leading climate scientists from the United Nations (UN) warn that we only have 12 years to limit climate change catastrophe. Urgent action on large scale is necessary, which they say is possible and economically feasible should every country follow ambitious of the Paris agreement’s pledge to keep temperatures between 1.5C and 2C. This play significant role to cut the risk of environmental disasters, food and water shortage, and poverty, says IPCC, UN’s governing panel of climate change.

For adaptation and mitigation against climate change, the urgency is clear that speed needs to increase up as science and social justice demands. Green New Deal would provide advancement in our infrastructure, buildings, energy source, energy efficiency, economy, and restore ecological balance and faith towards nature which earth deserves. Supporters of Green New Deal believes that in doing so, a Green New Deal would cut carbon economy and pollution by significant level while creating millions of family-sustaining jobs, ensuring access to clean air and water, raising wages, and building climate resilience.

The current establish economy of our world is leaving millions behind. Oil and carbon economy based corporate polluters, corrupt government and their official, and, obviously billionaires make a big profit without fulfilling their environmental responsibly. it exposes class families, communities of color, different wage scales, marginal and minority pollutions, and unemployment. The climate crisis solely magnifies these general injustices, as hard-hit communities are hit even more durable by storms, droughts, and flooding. Climate change, deforestation, pollution, clean water, food every system is an incredibly connected and economic gap in our society is skyrocketing. Meanwhile, to deal with climate change and other environmental crisis frontline communities around the world will need a vast amount of resources and economy. Without addressing the economic imbalance, we cannot tackle, adapt or mitigate climate change, extinction, and major environmental crisis. Green New Deal comes with a dream to balance and transform the current economy to sustainable and fossil-free economy alongside solving the climate crisis.

Goals and ambitions of the Green New Deal -summary.

The Green New Deal resolution introduces 5 goals, 14 projects, and 15 requirements. The GND hopes to address both crises, a climate crisis and an economic crisis of wage stagnation and growing inequality, and that the. The Hill, and The Washington Post in their separate editions outlines the aspirational goals of Green New Deal, which are:

Such a dramatic change in social structures, infrastructure, economic, energy, and human behavior transition would undoubtedly come with a ridiculous price tag. The wait will be long for Green New Deal to happen anything as Republican senators have dominated US Congress and they are strongly opposing the resolutions with the backup of high-profile leaders and oil companies. Since Green New deal is just a set of resolutions, only future knows how it will impact Americans and rest of the world in Social levels. In 2018, the United States only produces 17 percent of renewable energy, with 7.5 percent coming from hydropower. (Energy Information Administration)

Critics say the transition of energy and economy would be impossible. In November 2018 article in Vogue stated, “There isn’t just one Green New Deal yet. For now, it’s a platform position that some candidates are taking to indicate that they want the American government to devote the country to preparing for climate change as fully as Franklin Delano Roosevelt once did to reinvigorating the economy after the Great Depression.” Green New Deal able to win the support of big organizations including Greenpeace US, 350.org, Sierra Club, Friends of the Earth, etc.

On December 14, 2018, poll released by Yale University, Climate Change Communication Program indicated that Green New Deal had strong preliminary support among voters however poll claims that 82% of registered voters had not heard of the Green New Deal. In legislation level, “U.S. Senate Republicans defeat Green New Deal resolution with 57 votes was against the resolution in the 100-member chamber” Reuter report. (March 26, 2019) The Green New Deal resolution was called for tackling climate change by moving off fossil fuels, while critics said that this deal is just a political stunt to attract the attention of voters, and cheap effort to make climate change a central issue in the 2020 presidential race democrats.

Opponents noted that the costs and exact process of implementation of a Green New Deal had not been fully determined or astronomical high and break through to 100% renewable energy might not be yet possible without fossil and oil. Goals of GND like decarbonizing electricity, transportation, and industry, restoring ecosystems, upgrading buildings and electricity grids are necessary and sensible (if extremely ambitious). We agree on net-zero greenhouse gas emissions, creating jobs, providing for a just transition, securing clean air and water are broadly popular, social, and political issues. There will be lots to say in the days to come about the politics of all this. After all, this idea should need a bigger focus on whoever will run governments. And of course, at first, it eventually has to give birth to real legislation. The project of leading the United States with record production of renewable energy will certainly benefit the economy and helps to deal with climate change. 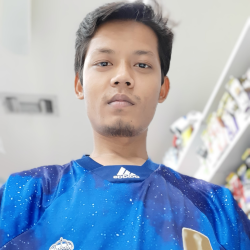 Latest posts by RaiR (see all)

Get latest of climate change, earth, and, more..

We use cookies on our website to give you the most relevant experience by remembering your preferences and repeat visits. By clicking “Accept”, you consent to the use of ALL the cookies.
.
Cookie SettingsAccept
Manage consent

This website uses cookies to improve your experience while you navigate through the website. Out of these, the cookies that are categorized as necessary are stored on your browser as they are essential for the working of basic functionalities of the website. We also use third-party cookies that help us analyze and understand how you use this website. These cookies will be stored in your browser only with your consent. You also have the option to opt-out of these cookies. But opting out of some of these cookies may affect your browsing experience.
Necessary Always Enabled
Necessary cookies are absolutely essential for the website to function properly. These cookies ensure basic functionalities and security features of the website, anonymously.
Functional
Functional cookies help to perform certain functionalities like sharing the content of the website on social media platforms, collect feedbacks, and other third-party features.
Performance
Performance cookies are used to understand and analyze the key performance indexes of the website which helps in delivering a better user experience for the visitors.
Analytics
Analytical cookies are used to understand how visitors interact with the website. These cookies help provide information on metrics the number of visitors, bounce rate, traffic source, etc.
Advertisement
Advertisement cookies are used to provide visitors with relevant ads and marketing campaigns. These cookies track visitors across websites and collect information to provide customized ads.
Others
Other uncategorized cookies are those that are being analyzed and have not been classified into a category as yet.
SAVE & ACCEPT
Loading Comments...